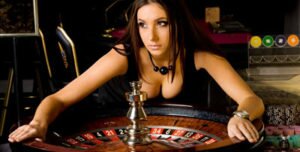 There are many online casino players and land based casino players who play roulette, but know little about the roulette wheel itself. Most people will recognize a roulette wheel, even if they have never played the game. It has alternating red and black colors, numbers around the edges at the end of each narrow wedge, and a small ball goes bouncing around while the wheel spins, ultimately settling on what will be the winning number of the round being played. There is, however, more to the roulette wheel than players will see at first glance.

The numbers around the roulette wheel are not placed there in number sequence, but have a fairly standard number order that is used. When both the zero and double zero are found on a roulette wheel, they are almost always placed directly opposite each other.

The Colors on a Roulette Wheel

Those who have seen roulette wheels, even from a distance, will be familiar with the alternating red and black spaces that can be seen. Although somewhat less noticeable, the color green is usually found on a roulette wheel too. While modern day roulette wheels may differ from these standard colors, the colors will still be divided up in the same way.

The wedges that are found on the roulette wheel are in red and black, alternating one red, one black, one red, one black, and so on. Each wedge has a number placed at the end of it. The color pattern changes only when the zero and double zero spaces are seen. Whether there is only the zero, or if both are present, the wedges for these spaces are green.

The small ball used in the game of roulette is usually white, and it is spun around the wheel in the opposite direction to the way in which the wheel is spinning. In land based roulette games and live dealer roulette games, the ball and wheel are set in motion by a casino employee. In regular online casino roulette, this is set in motion by Random Number Generator software in order to ensure a random outcome for the game.